Having received their "Excise License" from the Australian Federal Government on May 2nd 2014, the Joadja Whisky Distillery in the Southern Highlands of New South Wales, will be swinging into action and starting production at the end of this month.

The distillery was originally built six years ago by its previous owner Mark Longobardi. He had all the equipment in place ready to distil but for some reason was never able to commence production. The stills were sold to Victoria Valley Distillery (Now called Starward).

In March 2011 the then stripped out distillery was bought by Valero Jimenez and his family. At first they didn’t really know what to do with the building, but Valero remembered vividly his father producing sherry style wines in southern Spain. Also given that his wife Elisa was born in Jerez de la Frontera near Cadiz, it wasn’t a big leap to realise that they had a huge link to whisky. Well considering that the Scots have been using ex-Sherry butts to age whisky for decades.

After making some calls, they came across the "Godfather of Australian Whisky" Bill Lark, who had met the previous owner. Bill immediately saw the potential and insisted that they should restore it as a whisky distillery, and the rest as they say is history.


Joadja was virtually a "Scottish Town" in the Southern Highlands of New South Wales over 130 years ago, when thousands of shale miners were brought in from Scotland with their "know how" and is one of the reasons the local authorities allowed the building of a "boutique" whisky distillery on what is a very special heritage site.
The distillery will produce a traditional single malt using copper pot stills. But its "forte" will be the use of Spanish ex-Pedro Ximenex and ex-Oloroso casks. They have over 125 barrels of varying sizes. The first batch of mature whisky will be bottled in just over two years from now.
Posted by Steve Rush 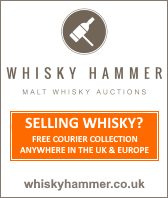 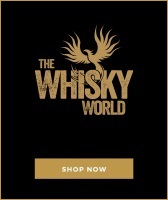